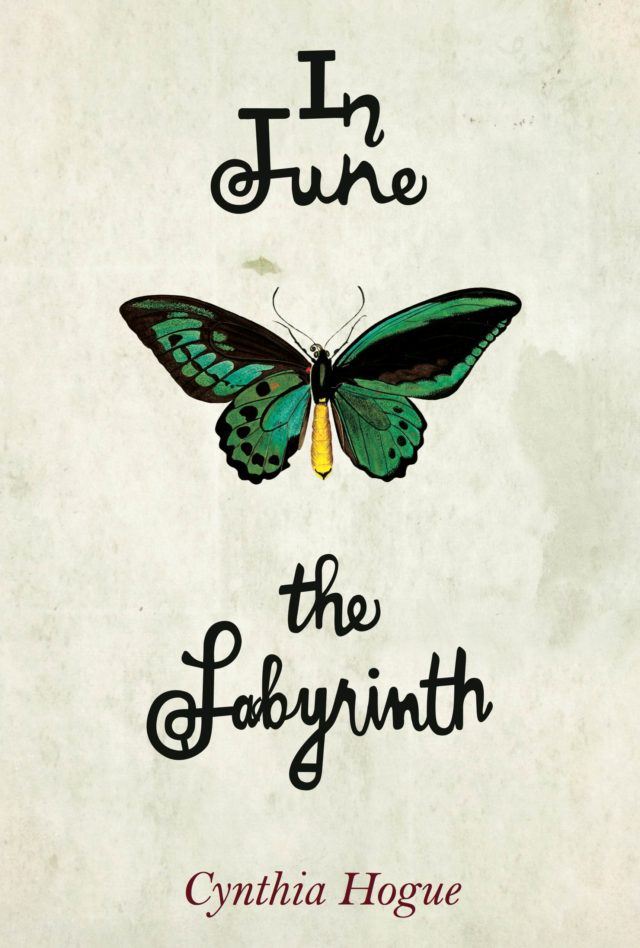 In June the Labyrinth is a book-length serial poem that is part pilgrimage, part elegy, in which the main character, Elle, embarks on a quest, investigating not only the “labyrinth” as myth and symbol, but the “labyrinth of the broken heart.”

Hogue has a knack for intensity. And she ingeniously describes natural processes in apt human terms—for instance, ‘the concentration it takes / for water to become / ice.’ . . . Hogue’s particular wit and intensity relay not merely the appearance of art, but the experience of it, ‘its complication of what is.’

Cynthia Hogue’s exquisite ninth collection of poems meditates on the symbol of the labyrinth, as she takes us on that ancient ‘circular pathe,’ following the winding ways of grieving, of dealing with loss. Like the narrator of these poems, we find ‘Everything looped, spiraled,’ learning that ‘the labyrinth’s not a maze but a singular way to strike the ‘profoundest chord.’ And strike a profound chord with us Hogue does in this elliptical sequence; ‘you will not get lost,’ though ‘you will feel lost,’ the narrator explains, as she leads us on a quest for healing, forgiveness, and—that word we hesitate in our cynical times to use—love.

What is happening when a book following (in every sense) a mother’s death takes the form of a postmodernist stream of consciousness, giving full weight to space and silence, to the roots and routes of language, and to the predicament of the body? The poet’s mind, as it were, breaking and entering? Today I could say I read In June the Labyrinth, or I could say I let the poem carry me downstream. The ghost of Shelley waved from the bank of the river. The world was being shattered but I was safe, thanks to Cynthia Hogue’s well-made craft, in which I rode.

Reading Cynthia Hogue’s gorgeous new book is a little like being in a labyrinth: you know where you’re going, but the turns keep surprising you and taking you places you didn’t expect. This wonderful long poem—unbroken, again like a labyrinth—is heartbreaking, but the aesthetic richness and emotional depth make it a great gift.